First some general Emily Gravett resources, before moving on to book specific ones. Includes a biography, online games as well as activities linked to many of her books. Towards the end of the video Emily reads Monkey and Me in its entirety. 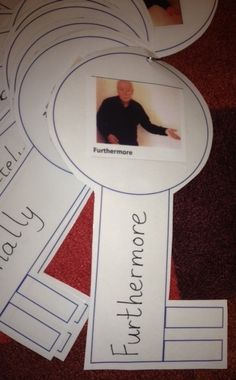 If you provide the right building blocks and structure, then they can. There has been a complete change in what they can achieve, and in what I expect them to achieve. In the autumn term ofmy school was lucky enough to be selected by Sheffield Council to take part in a project with Pie Corbett and Julia Strong that was investigating what difference it would make if the families of reception children were involved in the Talk-for-Writing storytelling approach.

This approach to establishing what they know and what progress they have made has been a real insight.

Before the project, trying to teach children to write stories was like building a house without foundations.

At Greenbank, we use the Talk4Writing programme to direct our teaching of writing. Talk4Writing supports the learning of a bank of well-known stories and other repetitive narrative structures. [the whole story with the actions] a couple of times a week initially In this school every half term we have a story-telling assembly so that all the children go in and each class does their story for that half term and we don’t take the story maps in with us. From fully fledged lesson plans to simple and fun craft activities, a plethora of activities paired with Emily Gravett's books.

The children were very passive. They would listen to stories being read to them but now they are actively involved in telling the story themselves so that the language and all the key storytelling sentence patterns are in their heads.

Previously it was all too much. They were trying to remember a story and how to form the letters and leave space between the words. There were just too many things to do. We were setting them up to fail; not just in literacy but in all aspects of school. Involving the families turned out to be easy.

Once the children had fully internalised a story the imitation stage of Talk for Writing we invited the families to come in a little early to collect the children who then performed for their families and invited them to join in.

This communal storytelling was the first time some of the children and their parents had heard their own voices speaking English. This approach has gone from strength to strength. Now the families come in and join the storytelling once a half term and the children regularly take story maps home to work with their families on innovating or inventing their own stories.

It has been a revelation to many of the parents that you can make your dragon drive a car and enjoy a cup of tea in front of the fire. Now children learn one story per half term and take home a story map and then innovate or invent their own story and take home the story map.

So they share at least four stories a term with their families. They are also encouraged to take home story sacks at any time. Family storytelling has not only brought parents into the school but has changed their attitude towards the school.

Now they can talk and write properly structured stories independently. The big difference is the level of oral rehearsal at home as well as at school. It provides them with an explicit language model which is reinforced in the home.

Foundation children are now writing several pages and, when they leave Foundation 2, they can write stories. Because they have rehearsed a story orally, when they come to write it down or innovate on it they know what they are going to write so they have the space to think about the spelling and how to form the letter and the finger spacing.

They can cope with the mechanics because they have the story in their head. The whole school is taught in Talk-for-Writing style but family involvement is working its way up the school with the initial cohort, so we now have family storytelling involvement from foundation to Year 3.

At the moment, we are getting the Year 3 teachers acclimatised to having such close parental involvement.Greenbank Primary School. For those thinking of buying books for Christmas presents this year the Book People Bus will be in school all day on Wednesday 12th December!

Mrs Carvell (Quarndon) and Mrs Heer (Rowsley) wish you a very warm welcome.. Our aim is for us to achieve excellence together, helping each and every child reach their full potential, developing their unique talents through fun, creative, inspiring lessons and activities.

[the whole story with the actions] a couple of times a week initially In this school every half term we have a story-telling assembly so that all the children go in and each class does their story for that half term and we don’t take the story maps in with us.

Important information about the activities during the next couple of weeks.

If you believe it, you can achieve it!

are in the Letters to Parents section below. Pictures added from Summer 1. From fully fledged lesson plans to simple and fun craft activities, a plethora of activities paired with Emily Gravett's books. Greenbank Primary School. For those thinking of buying books for Christmas presents this year the Book People Bus will be in school all day on Wednesday 12th December!